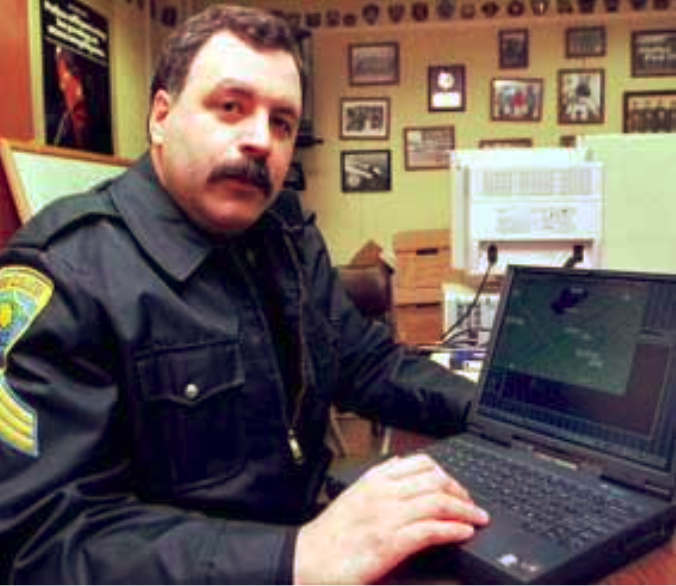 Israeli prime minister Benjamin Netanyahu announced on Tuesday that amidst a fury of international criticism over recent foreign policy decisions, Israel would continue to follow the scientists, especially of the Iranian variety.

In the aftermath of the assassination of Iranian scientist Mohsen Fakhrizadeh, Netanyahu promised that Israel would continue to act as a “100% effective vaccine against a nuclear Tehran.”

Netanyahu also advised that if former Iranian president Mahmoud Ahmadinejad is looking for his index finger that went missing last night, he might want to check on the floor behind his bookshelf.

Progressive governors from New York to California extended their states’ respective lockdown orders against all law-abiding citizens on Friday. The new extended orders apply to a wide-array of lawful businesses, from barber shops and restaurants as well as institutions such as churches. Individuals committing unlawful acts such as arson, looting and blinding police officers are exempt from the extension and may continue to operate provided masks and social distancing are more-or-less in evidence.

Several law-abiding organizations expressed dismay at the lockdown extension, arguing that it should be the law breakers who should be targeted for shutdown. “All I want to do is provide for my family by providing quality grooming for my clients,” said downtown Portland barber Sal Inhendt, who proceeded to ponder what laws are for if not to protect law-abiders from those practicing violence in order to destroy his livelihood. “It’s almost like our governor has it backwards” he added.

Some groups cheered the so-called blue state model, however, inviting all Americans to come see the violence within the system.

The comments were given in response to concerns that the U.S. food supply chains might be strained to the point of breaking. Trump went on to encourage citizens to “go on about your lives, get plenty of fresh, beautiful air and think about grazing on nuts for a majority of your daily caloric needs.”

When asked if Americans should be concerned that McDonalds has limited all customers to six-piece McNuggets, the president began to sob violently on Vice President Pence’s shoulder.

Citing concern over the U.S. food supply chain and his own penchant for McDonalds, President Trump on Friday invoked the National Defense Act ordering My Pillow® founder and CEO Mike Lindell to place his factories on McNugget footing by the end of May.

Lindell, whose pillow facilities had only just completed the arduous task of transitioning to manufacturing masks, expressed confidence that his company can begin cranking out McDonalds-quality McNuggets by the president’s May 31 deadline. Lindell added that he expects by mid-June his 1,500 employees will also be able to produce Tangy BBQ, Sweet ‘n Sour, Hot Mustard, Honey Mustard and Trump-favorite Habanero Ranch dipping sauces.

When asked about concerns that his Executive Order might create a scarcity of soft sleeping surfaces stuffed with interlocking fill which adjusts to Americans’ widely-varying sleep positions, President Trump issued another Executive Order requiring that KFC begin manufacturing My Pillows®.

Did you enjoy this blogpost? If so, help me raise its profile by sharing or leaving a comment below. And thank you for your support!

Joe Biden made an impromptu campaign stop in the pantry of his home on Wednesday, where the presumptive Democratic nominee addressed healthcare, the coronavirus crisis and trying to recall why he had entered the pantry in the first place.

The former Vice President, taking questions from reporters over Skype, again dismissed allegations made by his former staffer Tara Reade that he had digitally penetrated her against her will in 1993, stating “I don’t know the first thing about computers.” Biden then proceeded to accidentally mute the Skype app while repeating the words “Next question” with increasing stridency.

When asked if he had ruled out either Kamala Harris, Stacey Abrams, Amy Klobuchar or Elizabeth Warren as a potential running mate, Biden responded that he had great confidence in them all, adding “I’d feel confident tapping any one of those gals.”

Finally escorted out of the pantry without procuring anything, the visibly tired candidate puttered around the house for ten minutes before touching down in the hotly-contested battleground of the den.

Democratic presidential nominee Joe Biden vowed in an interview on Monday that his running mate will be a “real classy broad,” presumably eliminating Elizabeth Warren, Kamala Harris and especially Stacey Abrams from consideration.

“She’ll be smart as a whip, committed to improving Obamacare, and have a full set of curves,” added Biden, tracing an hourglass shape with his hands.

Highlighting his commitment to gender equality, Biden emphasized that under no circumstances would he tap a male running mate, no matter how well-qualified.

If you enjoyed this post please consider sharing it with a friend, loved one or colleague.