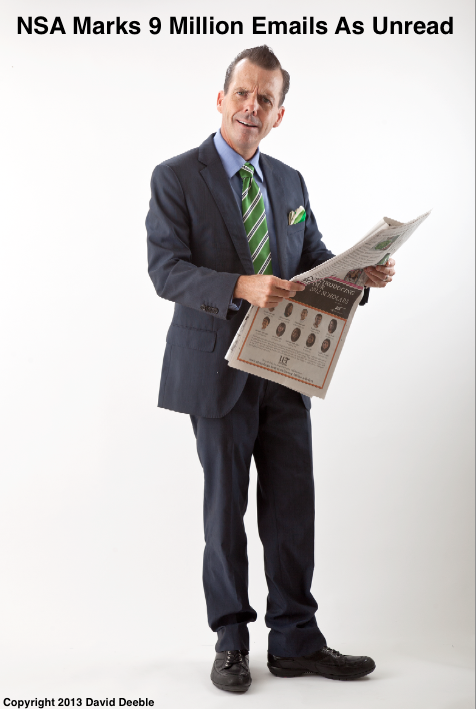 1: Once, while boarding a flight to Los Angeles, I politely asked the man in the seat behind me if he would mind swapping seats with me so that his wife and I could sit together.

2: I once participated in a ménage à trois. It wasn’t exactly the ratio of women-to-men that I had been hoping for. In fact, it was just us three guys, but still…

3: At New York La Guardia, airport security tried to confiscate my hair gel from my carry-on bag. I didn’t let them take it – I just put it in my hair, where, apparently it’s legal.

4: After opting out of the full body scanner in favor of the “enhanced pat-down”, it was patiently explained to me that the entire area was “for ticketed passengers only”.

5: I recently took the Internet Addiction Test (which, curiously, is only available online) and immediately posted the results on my Twitter, Facebook, Reddit, LinkedIn, Plaxo-Pulse, StumbleUpon, Tumblr, MySpace and Burpalicious accounts.

6: Physically, I most resemble a cross between Elvis Presley and a Keebler Elf.

8: As a result of my small physical stature, my friends often ask me to help assemble those ships inside the bottle.

9: One of my previous jobs was at a men’s big and tall clothing store. My job was to stand around while my boss pointed me out to customers while saying “Hey look! Pinocchio is a real boy!”

10: I am not only president of the Bay Area Republicans Club – I’m also the member.

11: While many criticize the government’s stimulus spending because it’s our children and grandchildren who have to pay for it, as far as I’m concerned that’s the only thing I like about it.

12: Try though I might, I still don’t understand how an entity that can print its own money cannot maintain a perfect credit rating.

13: As my parents are well into their 80’s, I have mentally re-classified them from “energetic” to “spry”.

14: When on a cruise with my wife I always reserve a stateroom with a balcony as she often locks me out of the bathroom.

16: We actually planned all of our children (although I should point out that we didn’t actually get any of the ones we planned).

17: I am the author of “The Complete Idiot’s Guide To Self-Esteem” and “Facetious: The Greek Goddess of Sarcasm.” I am currently researching a book on how to develop assertiveness (if that’s okay with you).

18: While I believe that no man is an island, I fully acknowledge that Orson Welles came pretty damn close toward the end.

19: I have calculated the odds that Larry King and Elizibeth Taylor never marry each other at over 8-million-to-one.

20: I believe that I can remove creases from my suit by gently caressing them with the back of my hand.

Thank you, WikiLeaks, for the good work that you do. “Transparency uber alles!”