“Sound”, says a character in David Mamet’s play A Life In The Theater, is “the crown prince of phenomena.” 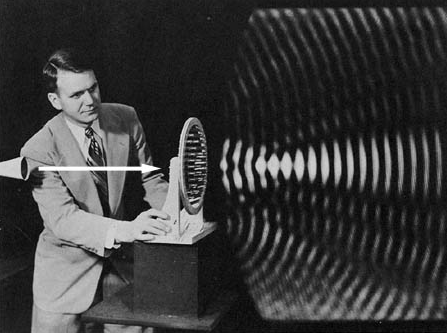 Entertainers and audiences know that at larger events, no amount of glitz, name-recognition or talent can compete against an improperly functioning sound system. Sadly, many sound engineers (and at smaller events, those who pass for them) do not seem to appreciate the importance of their job.

I’m not talking about a musician-like preoccupation with the “color” of the sound coming out of the speakers at your event. I’m talking about basics, like an event that is 100% feedback-free. Preoccupied with ensuring they properly execute the performer’s cues, amateurs (and, sadly, many professionals) tend to forget the most-basic cue of all: distraction-free sound.

The volume should be properly modulated. The maximum allowable amount of feedback is zero. If wearing a wireless microphone, the speaker’s voice should be amplified the moment she takes the stage.

This last example is particularly pertinent to me. My opening line – Thank you, I represent the lollipop guild – concludes within two seconds of my walk-on applause. The laugh it receives is intense and then swells to fill the entire room. A huge laugh at nearly the instant I’m introduced is my message to each individual in the audience: pay attention or you’ll miss something hilarious.

It may surprise you, then, how many sound engineers seem to think that amplifying my voice is something to get around to around the time I’m introduced.

As a result, at some point during each rehearsal with a sound engineer with whom I am unfamiliar, I must embarrass myself (and humiliate the engineer) by pointing out that my microphone must be functioning properly from the moment I am introduced. (And no sooner. Yes, this, incredibly, is also a problem).

Does this sound axiomatic that I needn’t point it out to a professional? Does it sound patronizing? In in a world where most professions (including my own) are characterized by mediocrity rather competence, I have no choice but to point it out.

Sometimes attention to detail can cause us to lose sight of basics. Think the actor who works himself into such an emotional frenzy that he fails to make his lines understood. The marathoner who, after months of training, fails to pack his shoes for the race.

Event planners too-often lose sight of getting the perfect speaker or entertainer for their event and leave the soundboard in the hands of someone unfamiliar with the first-principles of production.