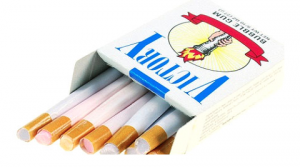 Feeling sorry yourself is powerfully addicting.

Once upon a time I had an on-again-off-again relationship with cigarettes. At no point during this time did I think of myself as “a smoker”, as such. Instead, I saw myself as one of those lucky few capable of smoking at infrequent-but-regular intervals without thinking, let alone fixating, about my next pack.

Still, I never seemed to stop entirely. It was sort of like being single while thinking of myself as ultimately married, yet making no effort to quit being single. Then one morning I woke up, as I often did, with the unmistakable signs of a cigarette hangover. I cast a clear-eyed gaze at the sad, crumpled pack of Marlboro Lights on my dresser and asked myself what turned out to be a magical question that would serve me very well in the future.

Return to daviDDeeble.com or see the teaser for my talk Winning With A Bad Hand.