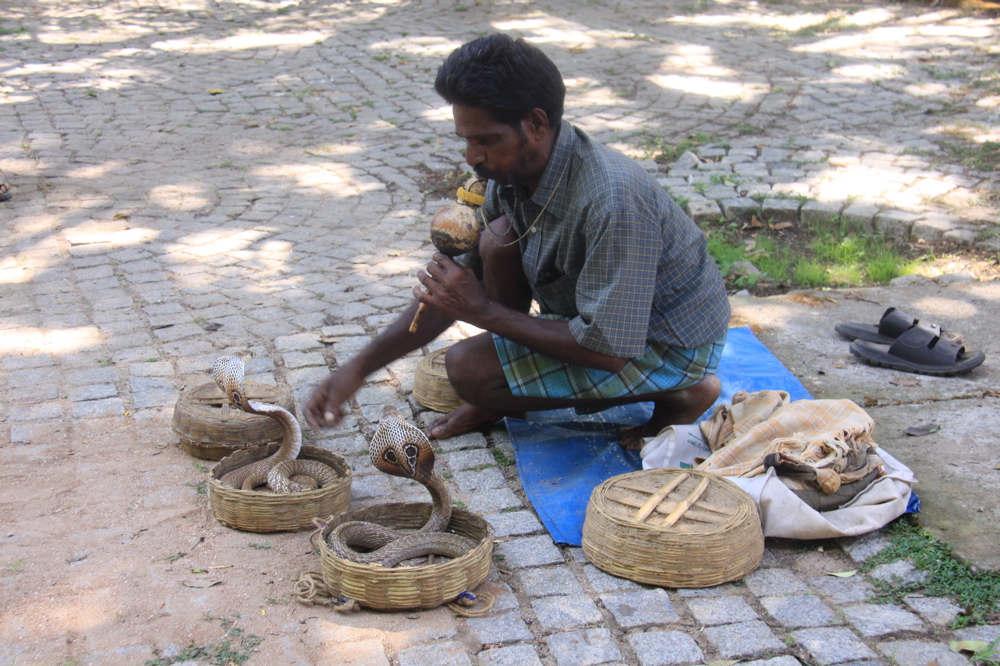 Let’s face it – millions of American jobs are being outsourced to India. Whether it’s customer support, manufacturing or textiles, Indians are increasingly doing the work once performed with pride by Americans. Take the snake charming industry, for example.

No one disputes that Americans can charm the sock off a snake. (If anything, it’s putting the snake in the sock where we don’t compete globally, but that’s another sector of the economy altogether). And American consumers know the telltale signs of an inferior snake charmer: multiple snake bites, crude marionettes in place of real cobras, etc.) The issue is not is quality, it is cost: how many Americans can be expected to earn a living wage mesmerizing snakes when millions of Indians will gladly do so at a fraction of the wage?

It’s not enough to “Buy American”. As a matter of principle, I hire exclusively Americans for all of my snake-charming needs. But that makes little difference when the flute parts are made in Bangalore, assembled in Mumbai and the snake is imported from God-knows-where-istan.