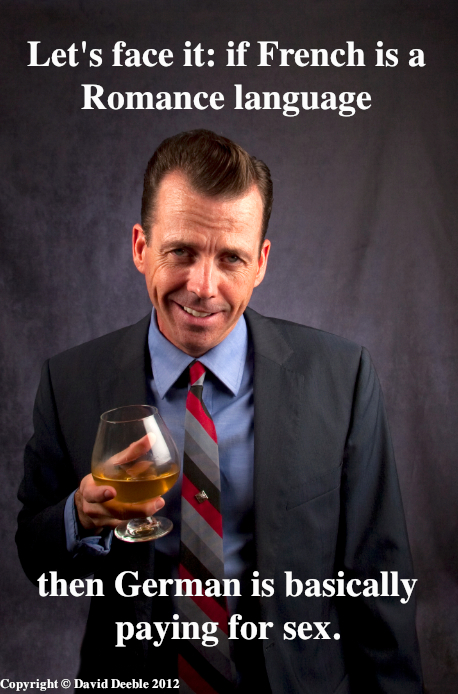 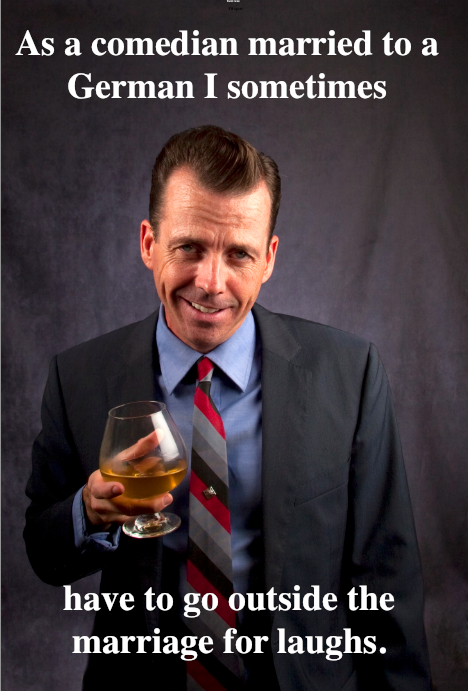 There’s a joke going around these days. A Spaniard, an Italian and a Greek walk into a bar. Who pays for the drinks? A German.

This joke well-illustrates a fundamentally different attitude between Germans and Americans. As an American, I don’t want to be taxed to provide for my own retirement. Germans, on the other hand, are content to be heavily taxed so that Mediterranean types can paint the town red.

Americans come from a long tradition of “live and let live”. You can pretty much do what you please provided you don’t trample on my rights. On the other hand, no word produces that warm, fuzzy feeling in a German quite like “verboten”. And the list of things that are verboten is long. At the top of the list? Spontaneity. Telling a German to “wing it” is like telling your dog about your day.

The German language is particularly exasperating to learn, which is why if you’re going to tackle it as a second language you’ve got to maintain your sense of humor. Of course if it’s your native language then it’s just the opposite (I was doing a show recently for a mix of Brits and Germans and while onstage I was mentally trying to determine who was British and who was German. I noticed one woman in the front row and thought “Well, she’s definitely German”. Then she laughed and I thought “Wrong again”.

My wife is from Germany and we were told that if my wife only speaks German to our young son and I only speak to him in English, then he will eventually learn both languages fluently. Well, Lucas is now 3-years old and he speaks only Dutch. (Dutch is a particularly loopy-sounding language. It’s much more comprehensible if you think of it as German on Heineken).

Actually, Lucas speaks German and English quite well, although sometimes he mixes up the two. For example, he’ll say things like “Airplane haben” or “Lass uns outside gehen”. Sure, it’s cute now – but what about when he gets to college and is saying things like “C’mon boys, let’s go get hammerschubend!”

Much of the German I speak I learned from Lucas. Gentle reader – you haven’t lived until you’ve been chastised by a bilingual 3-year old over your inability to properly conjugate “schleichen”.

We keep a foot in the U.S. and Germany and each home is representative of our respective countries. For example, our place in America has that homey, lived-in feel and our place in Germany is sufficiently dust-free to manufacture microprocessors.

Please know that I’m not generalizing about Europeans – I’m generalizing about Germans which, apparently, is fine with everybody. Take my wife (please!). As a German woman, Sabine is on the opposite end of the temperament spectrum from Italian women. She would never throw a shoe at me in anger, for example – she would do it with cold-blooded precision.

I won’t deny it – there is a cultural tension in our marriage. Sabine always wants the baby playing with wooden toys hand-made in Germany and as an American I think he should be playing with plastic toys mass-produced in China. (I was in Beijing once – boy, I thought San Francisco had a big Chinatown: those people are everywhere out there. It’s authentic, too – you can order cat right off the menu).

I sense I’m losing the ladies so I’m going to wrap this up.