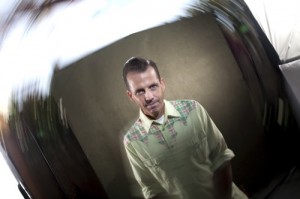 Duke was the last person in the world one would expect to experience an existential crisis. But there he was, sitting on the edge of his bed night after night, asking the same question that had been plaguing him for months: “Why do people waste money on edible underwear when they can boil their own and drink the broth?”

His marriage was on the rocks. He was sober about love. He knew that even in the best marriage that there comes a point when foreplay goes from tossing clothes on the floor to picking them up. But still, life goes just going by too fast.

He loved drinking but was nonetheless cautious. Between his non-stop crisscrossing of the country and his fondness for gin, Duke had learned the importance of writing down what city he was in before going to bed each night.

He was, by nature, a humble man. Despite his unparalleled success in his career, he never forgot where he came from: a particularly plush section of Beverly Hills.

A lifetime non-smoker, he had become, during this crisis, to be addicted to nicotine patches. He would apply the patch to his shoulder at every idle moment: during work breaks, stepping off a plane, after making love… He finally weaned himself from the patches completely by smoking three packs of Marlboro reds a day.

He began taking long walks after work and on weekends. Passing through downtown, he noticed that the Occupy Wall Street crowd had apparently disbanded. “Where did they go?” he thought. “Maybe they’re back to being good old-fashioned homeless again” he thought.

During a business trip to Europe Duke had a 6-hour layover in Amsterdam: well within what he called his “trouble window”. His mind racing, he quickly placed his carry-on bag in an airport locker, took the train into the city and did a little window shopping or, as they call it in the red light district, “soliciting a prostitute”.

Duke lay in bed with the tall blonde, starring at the ceiling. “Patch?” he asked. Although he had weaned himself from the patch he nonetheless kept the leftover ones to offer beautiful women in the cafes and bars. “No, thanks” she said with a thick Dutch accent that sounded like German on Heineken.

He tried to crowd out these meaningless thoughts with women and drink but they persisted. “Why does the world ‘lisp’ have to have an ‘s’ in it? It seems so cruel.” He paused on a bridge above the canal as a boat passed beneath him. “For that matter, why does the word ‘titillating’ have to be a little, well, titillating?” He resumed his walk.

Duke’s thoughts turned to his father’s father. His grandfather passed away when he was only seven years old, but he still remembered his “Gramps'” last words: “I’m pretty sure this isn’t a supporting wall”.

Duke decided that what he need was new scenery. He needed to go someplace exotic, a place unlike anywhere or anything he had experienced. Then it hit him resounding clarity: “Bombay”.

Walking the streets of Bombay, now called “Mumbai” for reasons that were clear to no one, Duke was astonished to see entire families living in filth on the streets. He read a tourist guide given to him by the hotel concierge: “Bombay was known under colonial rule as ‘The Queen’s Necklace’.” If that’s the case, thought Duke, then clearly the king did not go to Jared.

He recalled the time he and his wife had read the Kama Sutra. It was so complicated they had to call Bombay to get technical support. “Thank God for speakerphones” he thought.